Hello and Welcome to JGC blog!

So, this is the start of a new series that I really want to share with you. I go through life experimenting so many amusing, weird and beautiful stuffs that I thought to myself: why not share the very best of this month with y’all?

Full disclaimer: I may not do this every month, the number of my favorites may vary each month and it won’t always be the same items. For example instead of featuring a book, I might feature a fic that I gleefully enjoyed or instead of featuring a movie, I might feature a Youtube channel. It’s a melting pot of varieties but it’s always going to be honest.

Of course, since my tastes never stray from any inspirational, emotional or geeky stuffs, you might discover or rediscover some weird things in those articles. Overall, I just hope that you will have fun.

“The Noughts and Crosses” Series by Malorie Blackman.

A Book of Love

‘Life is meaningless only if we allow it to be. Each of us has the power to give life meaning, to make out time and our bodies and our words into instruments of love and hope.’

‘Why love if losing hurts so much? We love to know that we are not alone.’

‘Radical superiority is a mere pigment of the imagination.’

Sephy is a Cross – a member of the dark-skinned ruling class. Callum is a nought – a ‘colourless’ member of the underclass who were once slaves to the Crosses.

The two have been friends since early childhood. But that’s as far as it can go. Until the first steps are taken towards more social equality and a limited number of Noughts are allowed into Cross schools… Against a background of prejudice and distrust, intensely highlighted by violent terrorist activity by Noughts, a romance builds between Sephy and Callum – a romance that is to lead both of them into terrible danger…

I first discovered this series when I was sixteen. I was a young girl, already a fighter, and I had long tasted the discrimination and hatred brought into my life by the color of my skin and dumb people.

Those books, especially the first one Noughts and Crosses… reading them did not feel like a revelation or a striking understanding of our society. No, reading those books felt familiar, bitterly so. I was astonished by how real, candid and non-apologetic the story-line and the characters felt. I identified and empathized with so many of them and at the same time, I despised all of them.

You have the world in reverse in those series, the black people, called “the Crosses” are considered the normalcy and standard for beauty. They are the main community, they held all positions of power and strive in the upper classes of society. Their children have no real trouble getting into colleges and they have privileges when they look for a job. Their people live in houses, rarely apartments and certainly not Project homes. They are automatically and unquestioningly respected. They are never mistrusted, mistreated or judged, and that is because they are blacks. They are “the right”, “the normal” color.

On the other hand of this weird and unfair spectrum, you have the white people. The minority white people community. They are called a slur word “Noughts” which directly referred to their skin color: White is supposedly a total absence of color, something or someone with “nothing” on their skin, and in Latin, Nothing is translated “Nihil”. From Nihil you get “Nought”.

They are often poor. They are automatically faced with mistrust, their skin color is an unavoidable proof of a “difference” a “wrongness” that “normal” people supposedly should not have. They are foreign, they don’t belong, but here they are anyway, so the black people suffered them and make them pay their unwanted presence everyday, from the ordinary racism to the cruelest persecution.

They are the persecuted community.

In the middle of it all, you have two adolescents, two best friends: Sephy, a young black girl from a rich and influential family and Callum, a young poor white boy, tired of the way the world keeps him beaten.

It is not a Star-crossed lovers story, trust me Romeo and Juliet were better off. But it definitely a story that I invite you to read.

This song is a true credit to the artist rapper Logic. First of all, let me tell you how agreeable it is to listen to rap song without any disparaging and misogynistic words about women and without the N-word.

This song is an anthem for Suicide Prevention, it’s the song that reflect the mental state of someone struggling against suicidal thoughts and winning that fight. The song is named after the suicide prevention hotline in America and it is a frank, stark description of the inner journey someone suicidal experiments.

It is a striking issue so many of us experiment but don’t talk about. This song is a brave piece, meant to go onward and upward in regards of self-empowerment and mental care.

But above anything else, this song is a message of hope for people thinking their happiness or just their peace of mind is impossible. I encourage you to listen to it.

I know that there a lot of great and popular shows out there, especially with Netflix and Amazon playing the field of online entertainment and winning the game.  However, I am a die hard and pioneer fan of Supernatural on CW. 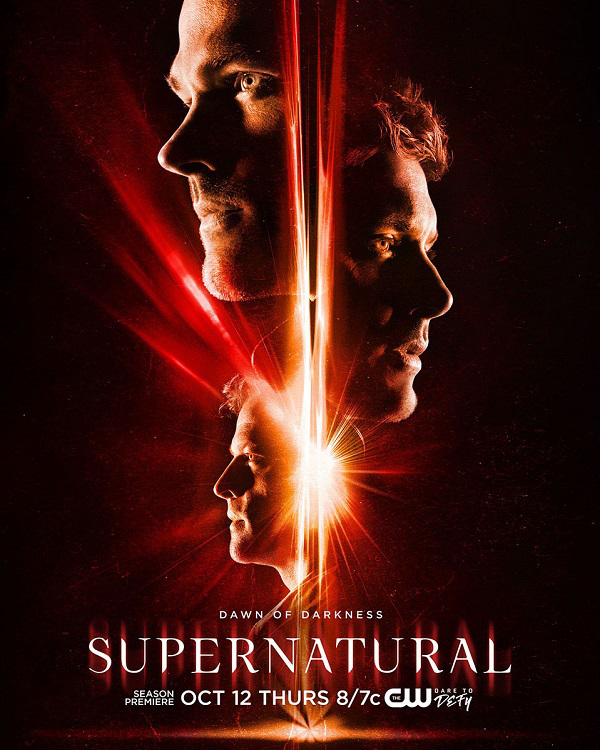 I intent to write a full article about this show, so I won’t go into details here, but this show and those characters? The Winchester Brothers? They symbolized so much more than two men hunting monsters that bump into the night.

The actors are great of course, but it the heartbreaking beauty and flaws of the two main characters Sam and Dean Winchester, that will live you breathless.

This is a show about family and how much family don’t end in blood and doesn’t start there either.

Watch it, you won’t regret it.

Lavendaire – Life is an art. Make it your masterpiece.

Aileen AKA Lavandaire is a lifestyle blogger as well as a Youtuber. She creates content based on everything I love: motivation, inspiration, creativity and mindfulness, she truly is an inspiration for what I aspire to create in the future and the direction I want to give to my own blog.

Here are two example of her wonderful, well-documented and intelligent work:

Her video on “23 Habits of Highly Successful People”:

Her podcast on “How Confidence is Built“

She not only edit and post her own videos but she also has a series of podcasts that truly help find that serenity and inspiration missing in your life. They are full of anecdotes of her life, her past experiences as well as the wisdom she gained from each one of them. She shares tips and tricks to help you find the motivation and boost your creativity.

I absolutely love her voice and everything she creates. She is well worth your time.

Alright, well that is all for my October favorites! I hope you enjoyed this article and I hope to see y’all next month. Stay safe and stay magical.

Follow JGC Blog – Culture is not one thing. It's Everything. on WordPress.com